San Diego Kendo Bu (SDKB) was founded in February 1972 by Shigeo Yamanishi Sensei and practiced at the San Diego Buddhist Temple. Kikuo Uyeji Sensei joined SDKB early on. At the foundation of SDKB, Yamanishi sensei and Uyeji sensei were 1-Dan and not qualified to teach at the time. Therefore, Maki Miyahara Sensei stepped in and became the first Sensei of SDKB. Miyahara sensei was from the Pasadena Cultural institute and the highest ranking sensei in the country at 8-Dan.

Eventually, Yamanishi sensei obtained 5-Dan and was a member of the US Kendo team in the 3rd World Kendo Championships in Great Britain in 1976. Kikuo Uyeji Sensei eventually obtained Renshi 6-Dan.

In the same year, 1972, John Yamamoto Sensei (at the time in his 30's) was helping rehabilitate young Asian American drug parolees. As he had heard that Yamanishi Sensei was starting a new kendo club, Yamamoto Sensei brought ten of them to the dojo to have them learn kendo as part of their Japanese heritage. 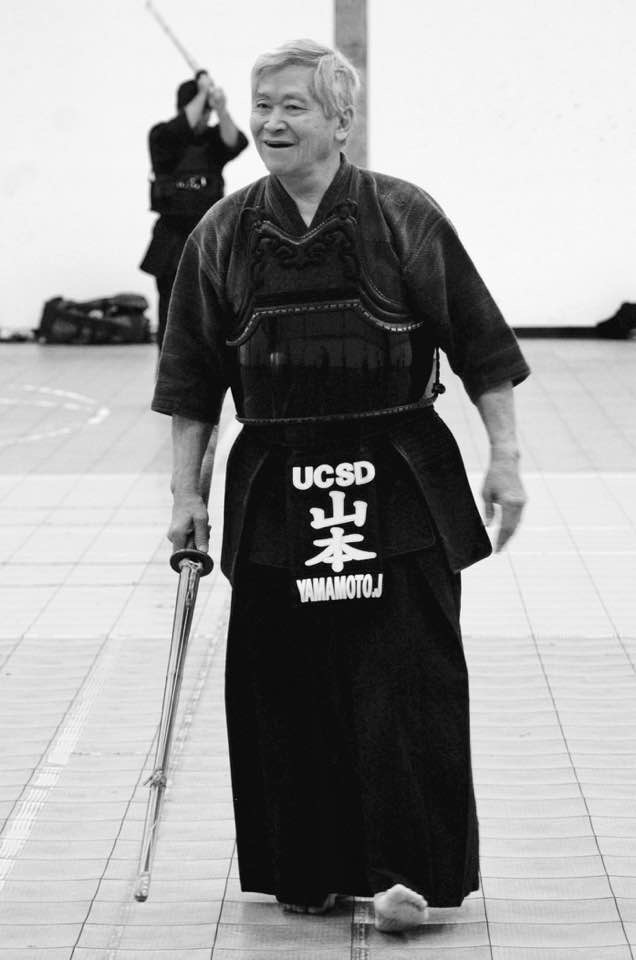 In summer of 2014, Henry Kikunaga Sensei, 5-Dan, took over as Head Instructor of SDKB from John Yamamoto Sensei.

Kikunaga sensei started kendo when he was 7 years old with San Jose Dojo under Charlie Tanaka Sensei. After competing and contributing to the Northern California Kendo Federation's successes at the US Kendo Championships a handful of times both as member of the youth team and Men's teams over the years, he began practicing at SDKB while attending the University of California, San Diego (UCSD).

In 1998, Kikunaga sensei wanted to start a "University" Kendo class to teach kendo to college students. However, he needed the assistance from a local sensei and advisor at the time according to the university. Yamamoto sensei and Alfonso Gomez Sensei (Karate instructor and martial arts department advisor at UCSD) stepped in to help advise and help set up the UCSD Recreational Class for Kendo. 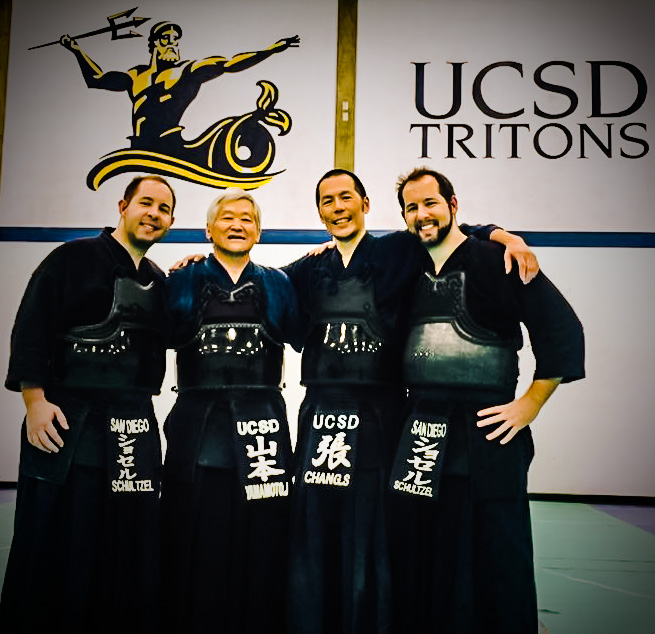 The UCSD Recreational class has been going strong since then with it being the most popular recreational class on the campus for a number of years. From the UCSD Recreational Kendo class has sprouted about a handful of young sensei in its short time of existence and even had a member represented on the Women's National Team that competed at the World Kendo Championships. In addition, the UCSD Kendo Team was formed which competed in collegiate tournaments since 2005 with much success.

Also in August 2012, SDKB member, Francisco Villa (2-Dan) moved to Yuma, Arizona to be on faculty at Arizona Western College. There he started Yuma Kendo Club, which is now officially a branch and overseen by San Diego Kendo Bu.

Together, the UCSD Recreational Kendo class, Yuma Kendo Club, and San Diego Kendo Bu have coexisted to contribute to the Kendo Community in the Southwestern United States and continue to uphold the kendo teachings and traditions set forth by its founders of San Diego Kendo Bu. 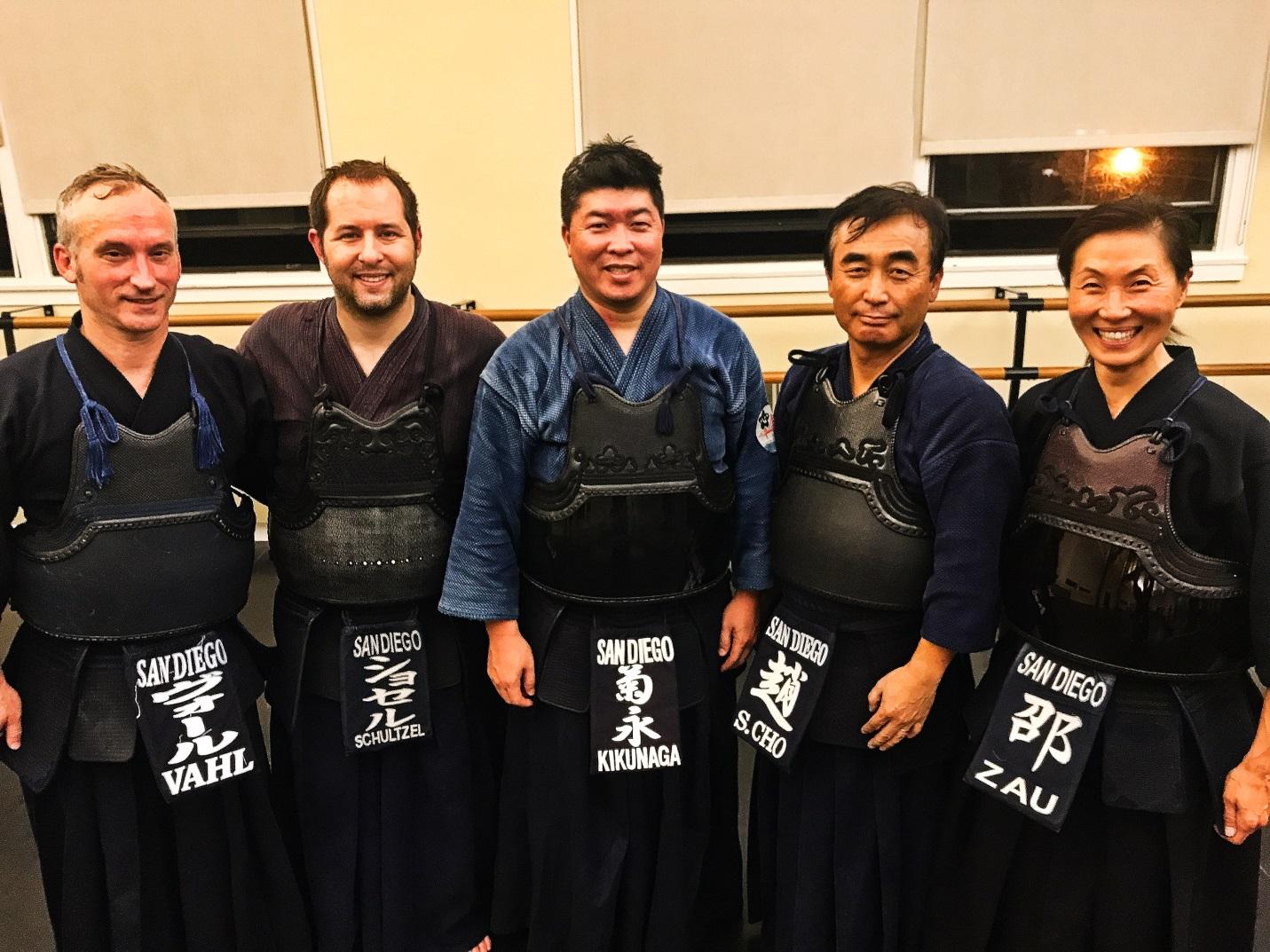 Note: Saturday classes are through the UCSD recreation department and follow the academic quarter. Please see the UCSD Recreation website for more info: recreation.ucsd.edu. There is also a dedicated UCSD kendo team page.